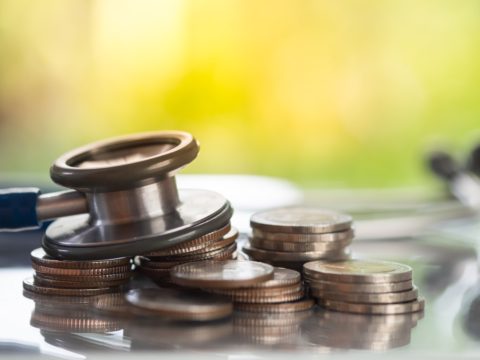 The Second loan restructuring extension in Indonesian financial market: a lifeline or a time bomb?

Early September, OJK announced an extension of the loan restructuring program for another year – until March 2023. Presumably this measure will help both banks and borrowers to exhale during this difficult period and result into a faster economy recovery.

But is this really the case?

On the one hand, the policy should restrain the non-performing loans (NPL) from growing and hold down the need to reserve additional extensive funds, according to Aviliani, the Head of Policy at the Indonesian Banks Association (Perbanas). Note that the banks already reserved significant funds. Given the current NPL increase, the banking system will be facing a threat to freeze even more capital.

Undoubtedly, there is some truth in it: the level of NPL has risen. The latest OJK data shows that the average amount of NPL in the industry escalated by 0.4 percentage points year-over-year to an alarming 3.17%. Meanwhile, in March 2021, the bank loan repayments dropped by 4.13% versus the last year to Rp 5.54 quadrillion (USD 390 billion), according to the Bank of Indonesia data.

Another positive moment admitted by experts is that the prolongation of the restructuring program should help banks to continue active lending to population and businesses. Finally, this should become a booster of the country’s economic recovery. Thus, by excluding NPL from the equation, the country’s credit system seems to be a well-functioning mechanism, producing feasible results.

The positive effect of this program has been repeatedly mentioned in media: according to OJK, the domestic restructured loans’ volume growth has slowed down, amounting to Rp 778.91 trillion (USD 54.61 billion) as of July 2021, which is 6% less compared to the end of 2020. In this regard, they concluded that a higher number of borrowers have repaid their debts in 2021. Therefore, the loan restructuring policy proves to be working in the interest of both: the borrowers and the lenders.

On the other hand, this act can be interpreted as a concealment of NPL growth and its exclusion from the general statistics. This inevitably leads to formation of a debt bubble that can burst at any moment. Market experts have repeatedly noted that the growth of NPL was kept at bay artificially. When reporting the statistics, OJK do not consider restructured loans (those loans that passed into the NPL state but were restructured through the program and recognized as “good debts”).

Changing the rules entails changing the approach to computation. As a result, official NPL level stabilized, while in reality overdue loan amount is bloating.

Following the logic of restructuring NPL into “good debts”, the companies will have healthy assets on their balance sheets, and no lack of liquidity. Hence, their lending and profit will keep expanding. But we should take a holistic look at the situation: there are certain market standards to regulate the quantity and quality of loans issued. And these standards are no longer working.

The policy affects normal circulation of the money supply. At some point, the market will simply collapse. It is impossible to predict when this may happen, as well as to predict the potential consequences.

Probably, the government can adjust the key interest rate and influence the situation by issuing money. Yet this will not help to recover the economy in any way.

The efficient ways to help the economy in future and to avoid the strongest surge of NPL are to pay more attention to risk management, to establish a bank of bad debts, and to cooperate with professional debt collection agencies. By now, many financial companies have already begun interacting with debt collection agencies at an early stage of delinquency, since underwriting is growing along with the volume of bad debts.

Here comes another issue – increasing number of unscrupulous players in the debt collection market. As they say, where there’s demand, there’s supply. And this problem also greatly affects the conditions of overdue debts and debtors.